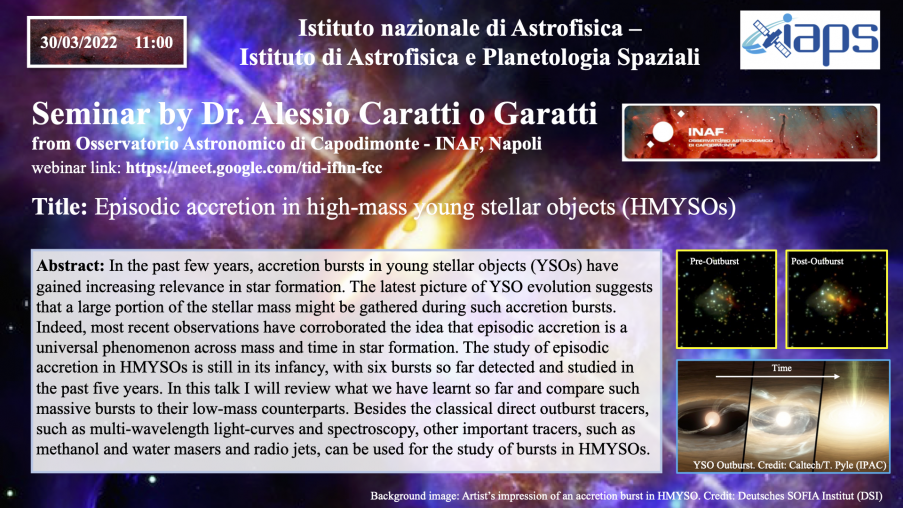 Abstract: In the past few years, accretion bursts in young stellar objects (YSOs) have gained increasing relevance in star formation. The latest picture of YSO evolution suggests that a large portion of the stellar mass might be gathered during such accretion bursts. Indeed, most recent observations have corroborated the idea that episodic accretion is a universal phenomenon across mass and time in star formation. The study of episodic accretion in HMYSOs is still in its infancy, with six bursts so far detected and studied in the past five years. In this talk I will review what we have learnt so far and compare such massive bursts to their low-mass counterparts. Besides the classical direct outburst tracers, such as multi-wavelength light-curves and spectroscopy, other important tracers, such as methanol and water masers and radio jets, can be used for the study of bursts in HMYSOs.