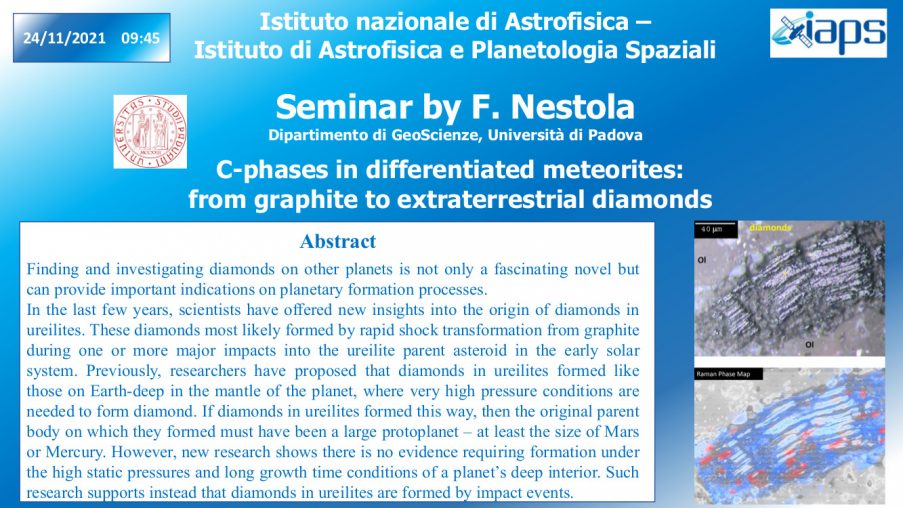 Title: C-phases in differentiated meteorites: from graphite to extraterrestrial diamonds

Abstract: Finding and investigating diamonds on other planets is not only a fascinating novel but can provide important indications on planetary formation processes.

In the last few years, scientists have offered new insights into the origin of diamonds in ureilites. These diamonds most likely formed by rapid shock transformation from graphite during one or more major impacts into the ureilite parent asteroid in the early solar system. Previously, researchers have proposed that diamonds in ureilites formed like those on Earth-deep in the mantle of the planet, where very high pressure conditions are needed to form diamond. If diamonds in ureilites formed this way, then the original parent body on which they formed must have been a large protoplanet – at least the size of Mars or Mercury. However, new research shows there is no evidence requiring formation under the high static pressures and long growth time conditions of a planet’s deep interior. Such research supports instead that diamonds in ureilites are formed by impact events.